Box turtles are native to Mexico and the United States. They are mainly terrestrial, which is why they are also often called box tortoises. They are long-living but they are quite challenging to have as a pet, which makes it important to be committed. It is typical for these turtles to live 30 to 60 years on average.
If you are looking for a box turtle to have as a pet, some of the most common species you should check out include Eastern box turtle, Gulf Coast box turtle, three-toed box turtle, and Western ornate box turtle. Most of them share the same characteristics but they may be different in terms of their physical appearance, as it will be described later in this post.

The physical characteristics of the box turtle can vary from one type to another. Regardless of the subspecies, however, one thing that is common is that they are small. It can grow anywhere from 4.5 to 7 inches.
Generally, a male box turtle has a slightly concave lower shell, bright red eyes, and a vent that lies near the tail’s end. On the other hand, a female box turtle has a flat plastron, brown eyes, and a vent near the tail’s base.

Box turtles are known for being able to pull their arms, legs, and head inside the shell. This provides them with a boxy appearance, and hence, the reason why they are called box turtles.
One more thing worth noting about the behavior of box turtles is that they are crepuscular. The latter means that they are most active when it is dawn and dusk. During the day, they can be seen hiding in the ground as a way to prevent heat.

As it has been mentioned earlier, box turtles are known for being terrestrial. To be specific, some of the common places where they live include forests with moist soil, grasslands, and open woodlands.
If you are having a box turtle as a pet, your location and the species of the turtle will dictate the housing that is suitable. In most cases, however, you will need to create an outdoor pen. The size should be about 4×8 feet. As for the placement of the pen, you need to put it somewhere it receives light and heat from the sun most of the day.
You can also place the box turtle indoors as long as there is an appropriate habitat. The enclosure should be large enough for the turtle to move. A turtle table, which is made of a rectangular and shallow wood will be an excellent choice.
One of the requirements for the enclosure or habitat of the box turtle is to add substrates. Some of the best options worth considering are the 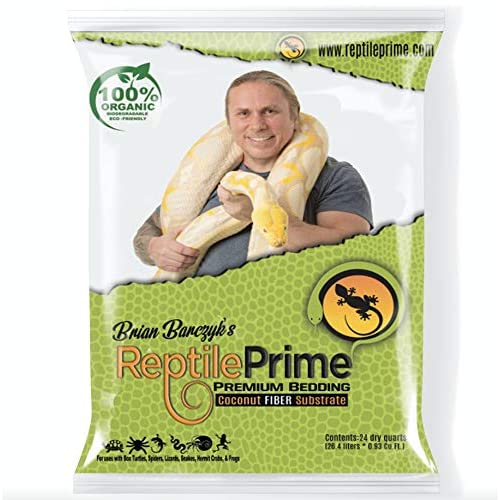 This will aid in retaining moisture and in providing the turtle with the opportunity to burrow even if it is in an enclosed habitat.
Especially if the box turtle is indoors, you also need to provide a heat lamp. It will also be good to invest in the

This way, you can easily adjust the height of the lamp depending on the needs of the turtle. It will provide the turtle with a warming spot.
Aside from a lamp, you might also want to consider adding a heat mat. The

will be an excellent addition to the turtle’s indoor habitat. While it is technically advertised as a seedling heat map, it can also be great for regulating the temperature in the housing of the turtle.

Box turtles are omnivores and they are known for being opportunistic. Meaning, they eat almost anything that is possible. When they are in the wild, some of their most common food sources include beetles, snails, earthworms, mushrooms, carrion, flowers, worms, grubs, and fruits.
For box turtles as pets, you need to provide a varied diet to maintain its best state of health. It would be best to give the box turtle an equal mix of fresh vegetables and fruits and low-protein food sources, which include earthworms, snails, slugs, and beetles. They are also attracted to bright colors, so they will love tomatoes, cantaloupe, strawberries, bell pepper, and romaine lettuce. They use their sense of sight and smell to detect food.
Their diet should be supplemented with a calcium source that is free of phosphorus. With this, consider buying the

However, in theory, as long as you provide the box turtle with the right food, you won’t need to provide vitamins and supplements.

Among others, one of the common health problems amongst box turtles is dehydration. If your turtle is dehydrated, the easiest solution is to have it placed in a shallow bowl that contains tepid water.
They are also susceptible to a number of parasites. Nematode parasites and parasitic flies are some of the most common concerns. Ticks can also be an issue, especially for box turtles that are outdoors.
Metabolic bone disease is another health problem that is commonly experienced by box turtles. The latter is due to the insufficient exposure to UVB. This can weaken the bone of the box turtle and can even result in death.
Box turtles can also suffer from respiratory infections as a result of a deficiency in Vitamin A.

Other Tips for Taking Care of Box Turtle

Aside from those that have already been discussed above, below are other important things to remember when it comes to taking care of a box turtle as your pet: