Gopher tortoises are known for their long life. They commonly dwell in drylands and is one of the three turtle species considered as a true burrower. Their population is under threat, which is why getting a permit to have it as a pet can be quite difficult.

If you are lucky enough to be one of the few people to be granted a permit to have a gopher tortoise as a pet, keep on reading to understand more about it and how to take care of the tortoise.

Some people might have it instantly mistaken as a box turtle, but the main difference is that the gopher tortoise is larger. The average size of an adult is nine to 15 inches. For the weight, on the other hand, they are approximately eight to 15 pounds. The color is tan or brown and it usually has distinctive yellowish plastron.
The legs of a gopher tortoise, meanwhile, is shaped like a shovel. This is also the one that makes it an excellent digger.
The average lifespan of a gopher tortoise is 80 years when it is in the wild. Meanwhile, those in captivity can survive for up to 100 years.

The most notable about the behavior of a gopher tortoise is its heavy burrowing. They can create burrows with an average length of 15 to 18 feet, although there are instances when it can be as long as 50 feet. The width, meanwhile, is wider than its length.
It should be also pointed out that the burrows created by a gopher tortoise can also serve as a refuge to 360 species that are within its range.
In the warmer season, they are active. Most of the year, however, they can be seen hiding in their burrows.

You will commonly find a gopher tortoise in a dry and sandy upland. To be specific, some of their common habitats include coastal dunes, pine flatwoods, and oak sandhills. Geographically speaking, they are commonly found in Florida, South Carolina, Georgia, Mississippi, and Alabama.
If you will have a gopher tortoise as a pet, it is important to mimic its natural environment so that it will survive. There is a need to have an artificial burrow. This is going to provide a safe place when they are idle. The humidity of the artificial burrow should be at least 80% while the temperature should be in the mid-70 degrees Fahrenheit. To make sure of the latter, it will be wise to invest in a tool like the 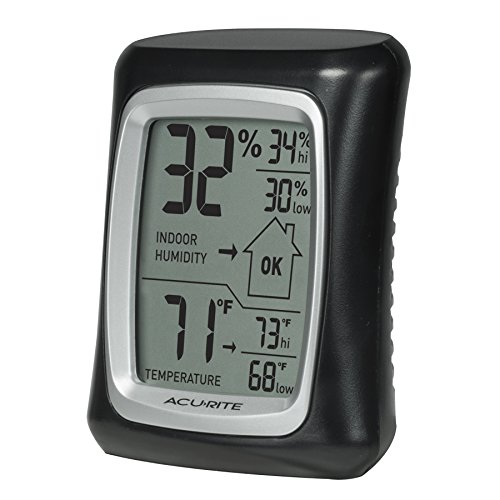 The latter provides temperature and humidity readings for the right environment for the tortoise.
When keeping a gopher tortoise at home, the most common choice for a housing is known as a turtle table. Basically, it is like a flipped bookshelf. It acts similar to a burrow, which is covered. It is also important to provide water supply to avoid dehydration of the pet. With this, consider putting something like the 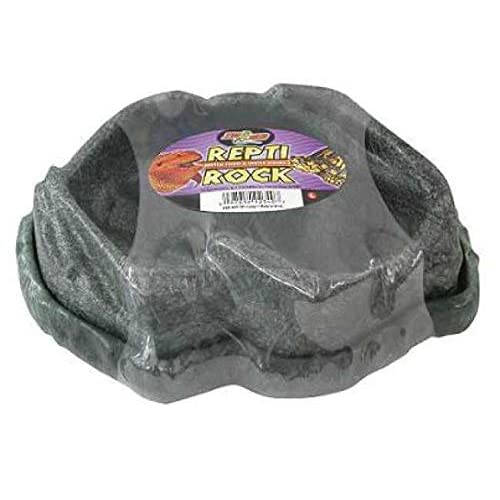 Which is shallow enough to prevent drowning.
Although they live in burrows, this does not mean that they do not need light. With this, in a corner of the shelf, install a spot lamp that will be perfect for a basking area. One of the options you might want to consider is the

Understanding the diet of a gopher tortoise is a crucial part of pet care. With this, it is important to know that it is known for eating about 1,000 plant species. After it survives the hatchling stage, 80% of the diet of a gopher tortoise comprises of grass, such as St, Augustine, centipede, and bahia.
For pet owners, however, take note that grass should not be enough. It won’t be able to provide the dietary needs of the gopher tortoise, especially the vitamins and the minerals needed for its survival. The grass should also come with green leafy vegetables to sustain the needs of the tortoise. Other foods that can be given to a gopher tortoise include corn, beans, plantain, blueberries, blackberries, and weed.
Similar to other turtles and tortoises, you should also invest in the vitamins of a gopher tortoise if ever you are one of the people lucky enough to be given a permit to have it as a pet. It is important to provide the tortoise with enough calcium, which will be critical for a smooth digestive tract. With this, some of the products that you might want to consider purchasing include

The most serious health concern for gopher tortoise is upper respiratory tract disease. The latter is caused by a pleomorphic bacterium that does not come with a cell wall. Some of the symptoms that you should watch out for include the discharge of pus and mucus. The tortoise can also suffer from conjunctivitis as a sign of infection.
If you have an infected tortoise, caution should be strictly observed. It should never be held captive with another specie. Also, the gopher tortoise should never be released back in the wild as this will only cause the problem to spread.

Other Tips for Taking Care of Gopher Tortoise

To be a responsible pet owner and ensure the best state of health of the gopher tortoise, below are some of the important things to note: